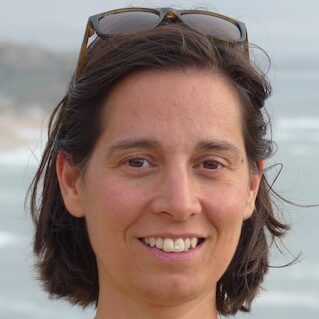 Susana Vinga is an Associate Professor at the Dept. of Computer Science and Engineering (DEI) and the Dept. of Bioengineering (DBE) at Instituto Superior Técnico (IST), Universidade de Lisboa, and Senior Researcher at INESC-ID, in the Information and Decision Support Systems lab. She was the first Chair of the WG Health Technology. Since 2021, she is a member of the INESC-ID Board of Directors and Vice-President of DEI.
Prof. Vinga received a Mechanical Engineering degree (1999), post-graduate degree in Probability and Statistics at IST, Biomedical specialization at Politecnico of Milan, and a PhD degree in Bioinformatics (2005) at ITQB-UNL (Portugal). From 2006-2013, she was a researcher in the KDBIO group at INESC-ID and invited assistant professor of Biostatistics and Informatics at the Faculty of Medical Sciences (NMS). Between 2013-2018 she was a Principal Investigator (Investigador FCT) at IDMEC (IST), under a highly competitive program.
Her main scientific achievements are in the area of systems biology, with the development of models for the analysis of biological networks, and in computational biology and bioinformatics, where she is interested in data science and machine learning methods for the analysis of high-dimensional clinical data. She has published over 75 publications in mathematical and computational biology and associated interdisciplinary topics, and is editor of BMC Bioinformatics, PLOS one, and Genes.
Prof. Vinga coordinated three national FCT projects (DynaMo, HIVCONTROL, PERSEIDS), and participated in several European projects as workpackage leader (BacHBerry – FP7, SOUND – H2020) and principal coordinator (OLISSIPO – Fostering Computational Biology Research and Innovation in Lisbon, 2021-2023, H2020 Twinning).
She was granted in 2010 the Young Researcher Award of the UTL in the area of Informatics for the impact of her publications. In 2017 she was awarded the Premio Científico da Universidade de Lisboa/CGD in the area of Computer Science and Engineering.